This article originally appeared on ChinaFile’s The China NGO Project.

One of the mandates of the newly-enacted Law on the Management of Foreign Non-Governmental Organizations’ Activities in the People’s Republic of China is that all Foreign NGOs with a permanent footprint in China must register with the Ministry of Public Security (MPS) to legally establish a “representative office.” Since the law went into effect on January 1, Chinese authorities have approved the registration of 69 foreign NGO representative offices (as of April 24), representing 62 distinct organizations (some NGOs have more than one representative office).

This means that only four of the new MPS registrations represent non-trade groups that did not previously have officially-recognized non-profit status in China. Though implementation of the Foreign NGO Law is still very much in its rollout phase and could change significantly in the coming months, the current registration roster does not include many well-known NGOs that have had a presence in China but that had not previously been registered with either the Ministry of Civil Affairs or the Yunnan Provincial Civil Affairs Department. Viewed in terms of what many assumed was the Chinese government’s goal of bringing many foreign NGOs under closer formal supervision while allowing for more selective and precise exclusion of non-preferred groups, the implementation of the Foreign NGO Law has yet to bear fruit. 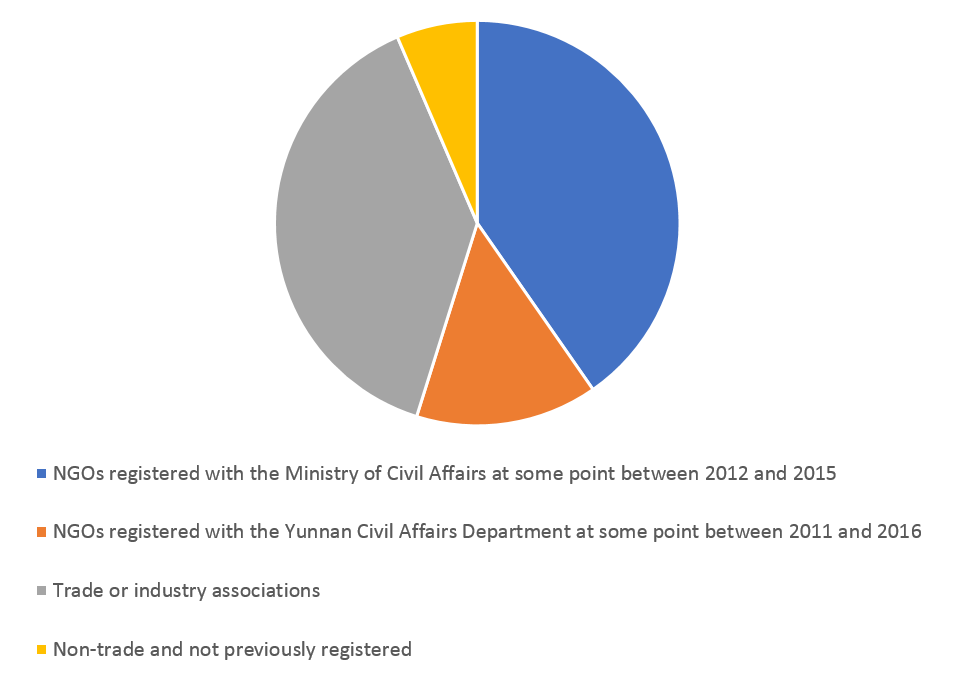 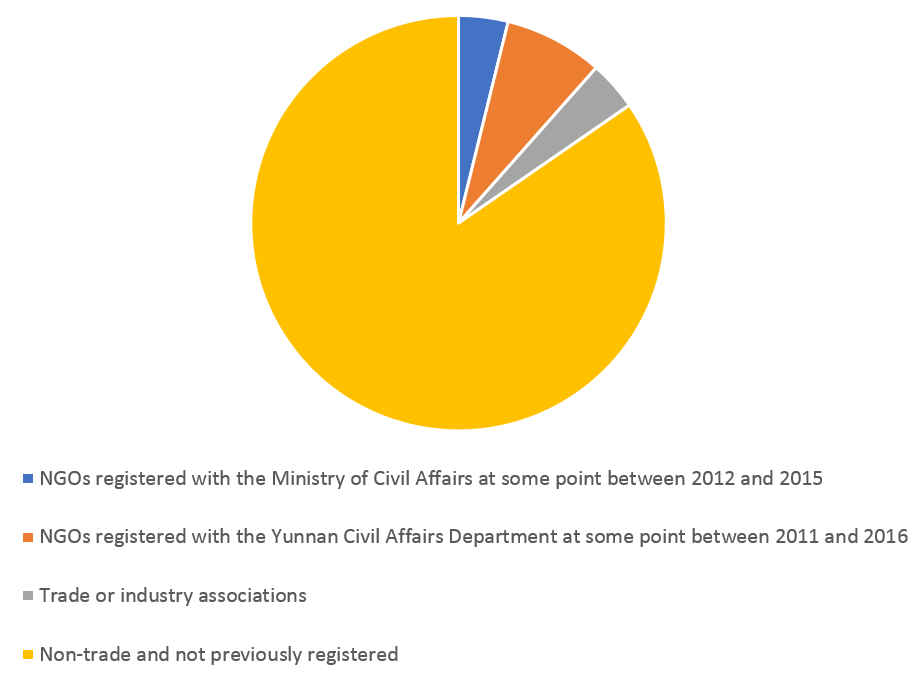